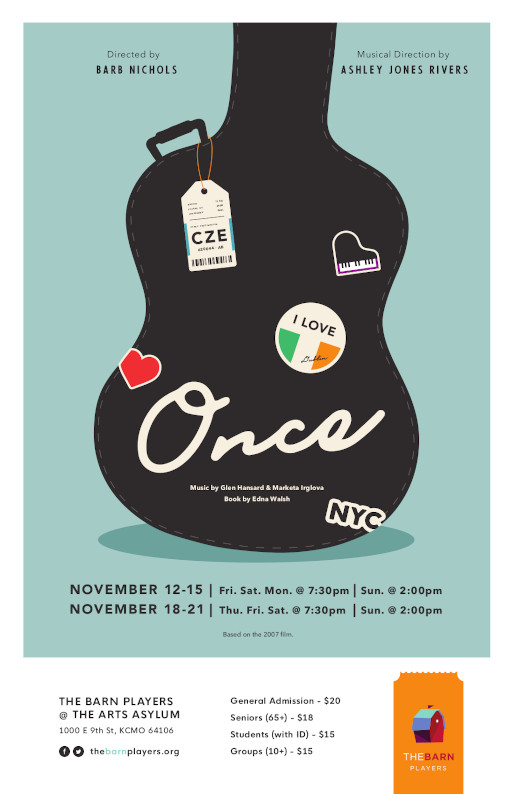 On the streets of Dublin, an Irish musician and a Czech immigrant are drawn together by their shared love of music. Over the course of one fateful week, an unexpected friendship and collaboration quickly evolves into a powerful but complicated love story, underscored by emotionally charged music.

Featuring all of the magical songs from the critically acclaimed film, including the Oscar-winning "Falling Slowly," this achingly beautiful, joyously uplifting show strikes an unforgettable chord in audiences and speaks to the power of music to connect us all. A show like that only comes around Once.