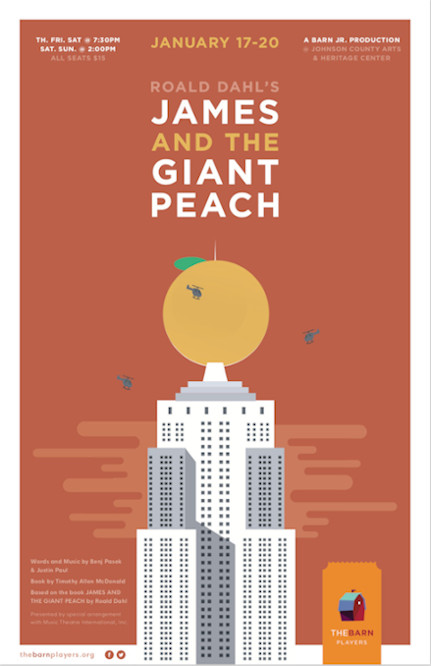 Roald Dahl's James and the Giant Peach features a wickedly tuneful score by the Tony & Academy Award-winning team of Benj Pasek and Justin Paul (Dear Evan Hansen, La La Land, The Greatest Showman, Dogfight and A Christmas Story: The Musical) and a curiously quirky book by Timothy Allen McDonald, critics rave: James and the Giant Peach is a "masterpeach!" When James is sent by his conniving aunts to chop down their old fruit tree, he discovers a magic potion that results in a tremendous peach... and launches a journey of enormous proportions. Suddenly, James finds himself in the center of the gigantic peach, among human-sized insects with equally oversized personalities, but after it falls from the tree and rolls into the ocean, the group faces hunger, sharks and plenty of disagreements.