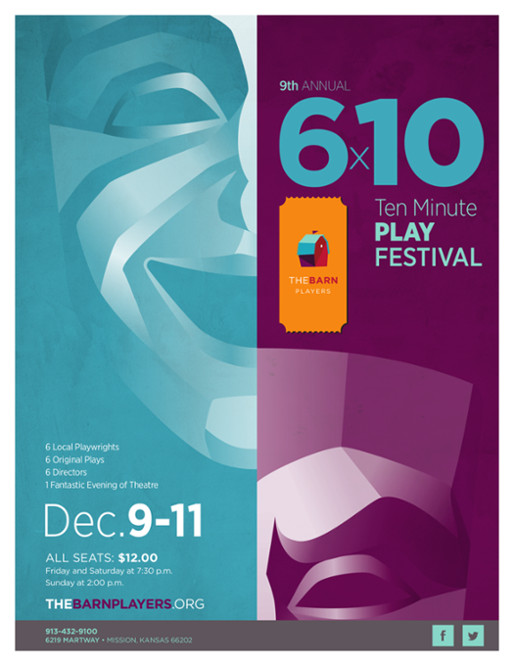 The Barn Players proudly present our ninth annual 6 x 10 Ten Minute Play Festival, a celebration of original work from playwrights in the midwest and particularly the Kansas City Metro area. Of the dozens of scripts we receive in the summer, we selected these six to present to you one weekend only this December. Please join us December 9 and 10 at 7:30pm, and December 11 at 2:00pm, to see something new, something to make you laugh, to make you cry, to make you think, and to showcase the vast array of acting, directing and playwriting talent in Kansas City theatre.